Stanford-trained anesthesiologist Dr. Jenna Hansen has been elected to the Board of Directors of global anesthesia drug developer Expanesthetics.

Stanford alumna Dr. Jenna Hansen, who practices anesthesia in Chico with Northstate Anesthesiology Partners at Enloe Medical Center, was elected today to Expanesthetics’ Board of Directors. 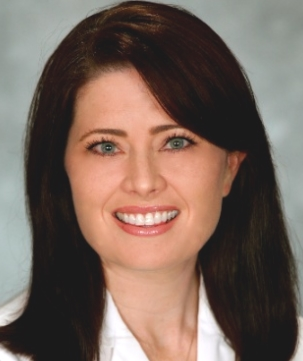 Expanesthetics, Inc. is taking a stand FOR biotech innovation. While we understand the need for health care cost reductions--in fact, saving money for health care systems is our business--we fear that... (click headline to read more)

On its way to accelerating development of its analgesic and anesthetic programs, Expanesthetics announces the completion of an important fundraising target: $2.25M in seed funding. "This is just the start to a major multi-year campaign to bring brand new approaches to both general anesthesia and pain," said CEO Mark Holman. Holman continued, "The dozens of anesthesiologists who are participating investors in our company shows the market demand for major changes and the potential of our technology to meet that need."

This month, for the third year in a row, Expanesthetics is sponsoring and exhibiting at the Annual Clinical Conference in Pediatric Anesthesiology in Anaheim, California. This yearly sponsorship is an important annual tradition as Expanesthetics continues to develop relationships with the pediatric anesthesia community. Following the success of the survey conducted at the American Society of Anesthesiologists 2016 Annual Meeting in Chicago (ASA), Expanesthetics is conducting a follow-on survey during this pediatric conference to explore any variations in the responses of the pediatric anesthesia community when compared to the broader anesthesia community at large. Please contact us directly if you are interested in the results of this follow-on survey, or the original survey upon which it was based.

Expanesthetics exhibited this month for the second time at the American Society of Anesthesiologists 2016 Annual Meeting in Chicago (ASA). ASA provided the Expanesthetics team an opportunity to advance conversations with an enormous range of potential partners, including potential production, synthesis, device and distribution partners from China, South Korea, Japan, Europe and the U.S. On the convention floor this year, Expanesthetics also continued to solicit input from the anesthesiologist community on the development of a new inhalation general anesthetic through a newly designed participant survey. The survey focused on the value of improving hemodynamic stability in patients, and sought to determine the likelihood of adoption of a proposed new anesthetic. It also explored what side effects the respondent would be willing to trade off for a non-hypotensive anesthetic compared with the currently preferred agent. By the end of the conference, over 250 participants had taken the survey. Please contact us directly if you are interested in learning about the results.